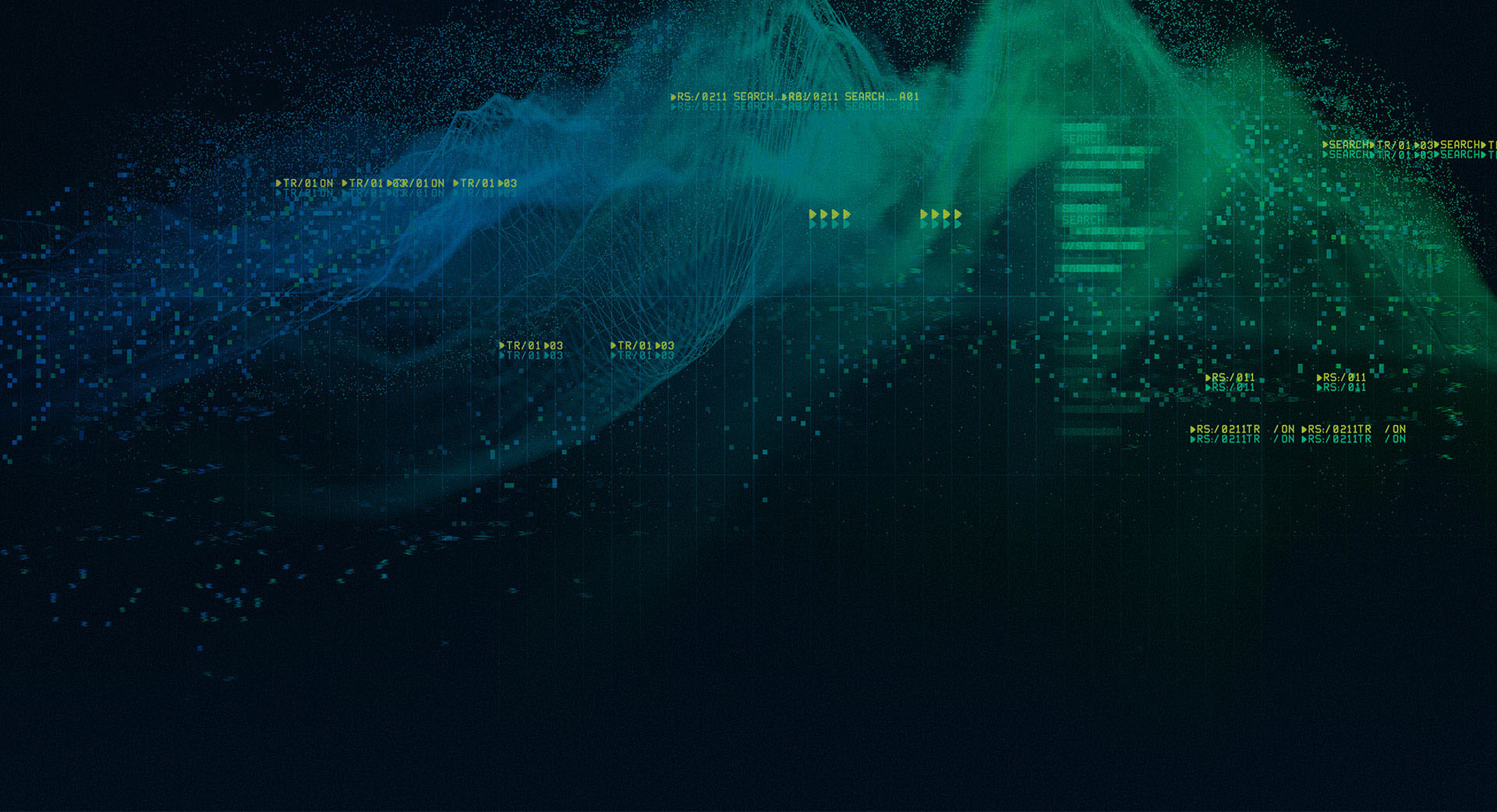 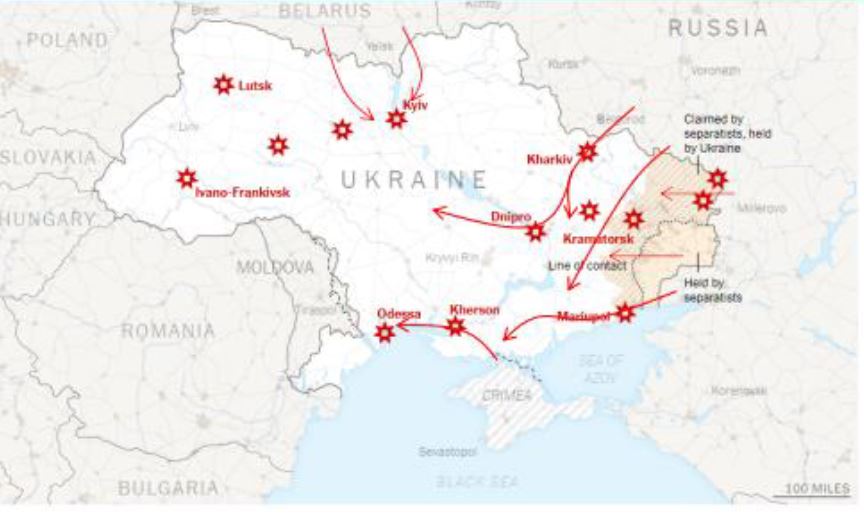 Nation-state level war has returned to Europe. After weeks of escalation, Russian President Putin announced the invasion of Ukraine, citing protection of breakaway “republics” close to Russia as cassus belli while pledging to “demilitarize and de-nazify” the country. Russian artillery began falling on Ukraine almost immediately after and the situation is now rapidly evolving.

Before we share our thoughts, we want to emphasize that geopolitics play a smaller role in our asset allocation calculus. We view the developing situation as a short-term factor that is less important than other economic & financial factors. However, geopolitical analysis is still a tool in the macro toolbox and it’s important to develop a framework to understand the investment impact. Our geopolitical strategy is not about predicting inherently unpredictable events – war is almost always irrational – but improving scenario analysis and probabilities, and thus capitalizing on risks and opportunities. Additionally, it always feels a bit crass writing about asset markets during times like this, but it is our job to do so, without bias, and in the best interests of our clients.

There are the two major questions to consider: What is Vladimir Putin trying to achieve? And how far is the West willing to go to try and stop him?

First, let’s consider Putin’s thought process and motivations, which have been widely viewed as morally evil and/or historically questionable. This is not to endorse his conclusions, but to understand what is likely to happen next.

Putin views Ukraine and a range of other countries that broke off from the USSR as a part of Russia based on history. Additionally, he believes Ukraine’s post-2014 governments have been fundamentally illegitimate because it was the product of a US-backed revolution that overthrew a legitimately elected pro-Russian government (albeit one making plenty of mistakes). Finally, Putin believes the existence of large hostile armies stationed directly on the borders of Russia is an existential threat to the Russian nation, which no patriotic leader could ever accept as a permanent geopolitical fact. In Putin’s view, the existential risk to the Russian nation from hostile neighbors, far from vanishing when the Cold War ended, has greatly intensified because NATO has expanded eastwards. Although it’s important to note, Ukraine is NOT a part of NATO (Putin wants it to remain that way) and most of Putin’s claims about Ukrainian military activity are exaggerated. Putin views NATO as the existential threat he claims Ukraine to be. Therefore, in Putin’s view, regime change in Ukraine is necessary for Russia’s security.

In the lead-up to the invasion, Putin assumed that Ukrainian forces would fold just as quickly as US-backed Afghan forces did last summer. He also presumed that the rest of the world would reluctantly accept Russia’s takeover of Ukraine. Both assumptions appear to have been proven wrong. But it’s important to remember, Putin made a name for himself by staging a successful invasion of Chechnya in 1999, just three years after the Yeltsin government had suffered a major defeat there. To withdraw from Ukraine now, without having fomented a regime change in Kyiv, would be a humiliating outcome for him. And its important to note that Russia is structured for conflict with high military expenditures and low exports. Putin has a history of not eschewing conflict for the sake of financial markets, sanctions, or popular opinion. He also feels the West is divided and politically vulnerable, while the commodity cycle gives Russia the advantage for now.

The biggest and least certain question for investors is the West’s response if Putin’s invasion succeeds. Although it’s become clearer in recent days, as President Biden announced a ban on Russian energy imports. This was one of the last major economic tools the administration was holding onto, as it will have adverse effects on US consumers in an already inflationary environment. This has pushed up prices of oil and other commodities, draining liquidity from the economy. However, European allies, like Germany, have not promised similar sanctions because of their dependence on Russian energy. It is becoming difficult to imagine what further actions by Russia would be needed to provoke an even tougher response.

Which brings us to our major investment conclusions. Right now, the crisis represents a short-term stagflationary impulse that only accelerates the current environment of rising inflation. A full-blown energy crisis could potentially transform the covid-19 inflation spike into a stagflationary nightmare, not seen since the 1970s. Therefore, it’s obvious that inflation will not peak until tensions ease (but could do so rapidly). 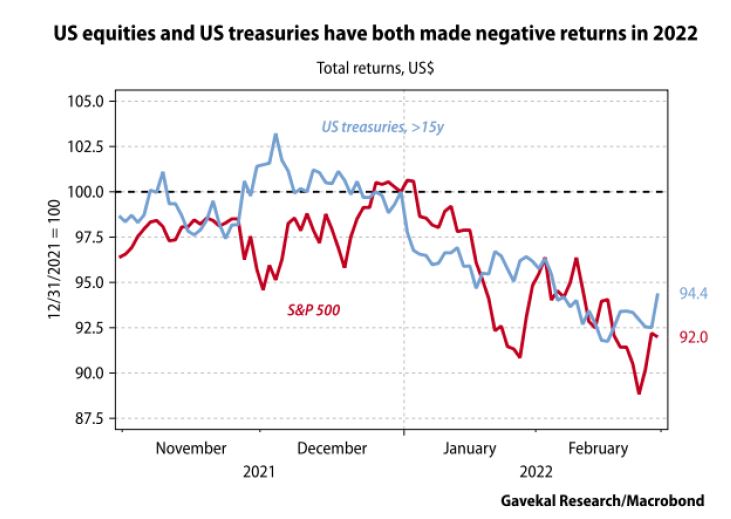 While we do not believe that a peace deal is imminent, and the news cycle will remain scary, we do believe that geopolitics will stabilize, and we will avoid a full blown economic and energy crisis. As was the case during the original Cold War, both sides will eventually forge an understanding that allows the pursuit of mutually beneficial arrangements. We believe that financial markets are already at oversold levels and sentiment is as bearish as it was near the pandemic bottom. Therefore, we maintain a neutral stance to equities, while reducing our exposure outside of the United States. We have added to real assets, which have been an important diversifier with stocks and bonds down year-to-date. Additionally, we have sold most of our credit positions within our fixed income funds, and own short-term and intermediate term treasuries.

We have and will continue to avoid Russian assets, as they face idiosyncratic risks, and are currently uninventable. There is some recent precedent for buying risk assets “during invasion” and we believe it’s rarely a good idea to hit the panic sell button due to geopolitical turbulence. While we acknowledge the humanitarian crisis in Ukraine will have large social effects across the world, we view this as a volatility event, not a turning point, and with equity markets down 10%-20%, we expect risk assets to recover as inflation subsides later in the year and growth remains above trend. 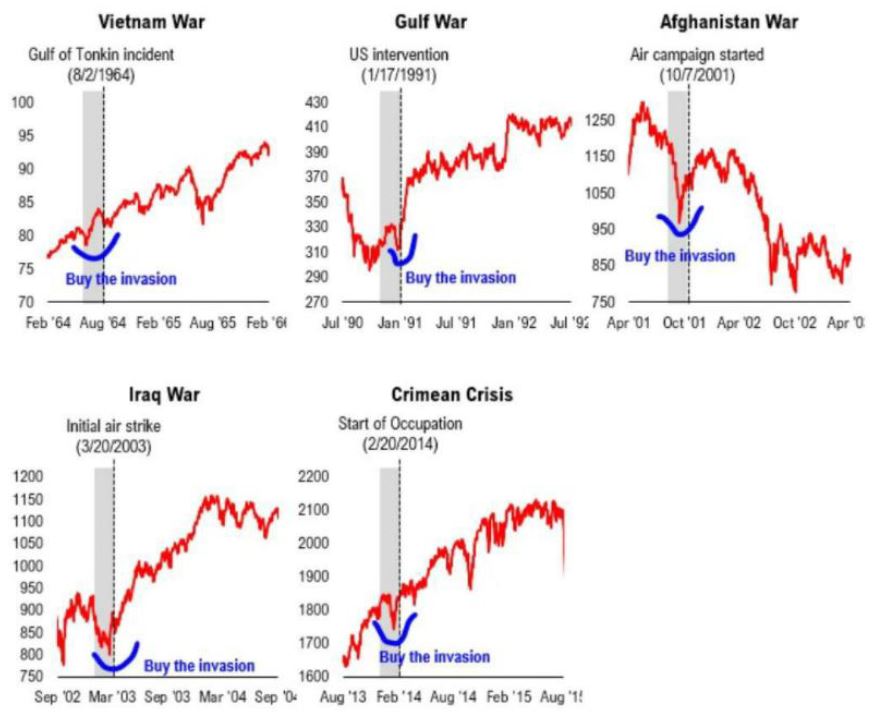 We reduced our position in International equities and increased our position in real assets. Geopolitical turbulence will continue to weigh on countries with large dependence on Russian oil. Real assets will benefit from elevated commodity prices and provide diversification to our equity positions.

You can also get more information by calling (800) 642-4276 or by emailing AdvisorRelations@donoghueforlines.com. 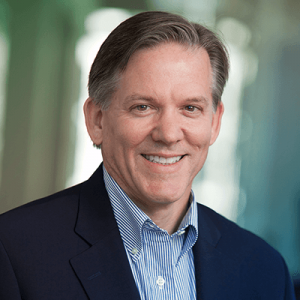 Past performance is no guarantee of future results. The material contained herein as well as any attachments is not an offer or solicitation for the purchase or sale of any financial instrument. It is presented only to provide information on investment strategies, opportunities and, on occasion, summary reviews on various portfolio performances. The investment descriptions and other information contained in this Markets in Motion are based on data calculated by Donoghue Forlines LLC and other sources including Morningstar Direct. This summary does not constitute an offer to sell or a solicitation of an offer to buy any securities and may not be relied upon in connection with any offer or sale of securities.

The views expressed are current as of the date of publication and are subject to change without notice. There can be no assurance that markets, sectors or regions will perform as expected. These views are not intended as investment, legal or tax advice. Investment advice should be customized to individual investors objectives and circumstances. Legal and tax advice should be sought from qualified attorneys and tax advisers as appropriate.

The Donoghue Forlines Global Tactical Equity Portfolio composite was created January 1, 2018. Results are based on fully discretionary accounts under management, including those accounts no longer with the firm. Individual portfolio returns are calculated monthly in U.S. dollars. These returns represent investors domiciled primarily in the United States. Past performance is not indicative of future results. Performance reflects the re-investment of dividends and other earnings. Net returns are presented net of management fees and include the reinvestment of all income. Net of fee performance, when composite accounts are 100% non-fee paying, was calculated using a model fee of 1% representing an applicable wrap fee. The investment management fee schedule for the composite is: Client Assets = All Assets; Annual Fee % = 1.00%. Actual investment advisory fees incurred by clients may vary.

The MSCI ACWI Index is a free float adjusted market capitalization weighted index that is designed to measure the equity market performance of developed and emerging markets. The HFRU Hedge Fund Composite USD Index is designed to be representative of the overall composition of the UCITS-Compliant hedge fund universe. It is comprised of all eligible hedge fund strategies; including, but not limited to equity hedge, event driven, macro, and relative value arbitrage. The underlying constituents are equally weighted. The Bloomberg Barclays Global Aggregate Index is a flagship measure of global investment grade debt from twenty-four local currency markets. This multi-currency benchmark includes treasury, government-related, corporate and securitized fixed-rate bonds from both developed and emerging markets issuers.

Index performance results are unmanaged, do not reflect the deduction of transaction and custodial charges or a management fee, the incurrence of which would have the effect of decreasing indicated historical performance results. You cannot invest directly in an Index. Economic factors, market conditions and investment strategies will affect the performance of any portfolio, and there are no assurances that it will match or outperform any particular benchmark.

Donoghue Forlines LLC is a registered investment adviser with the United States Securities and Exchange Commission in accordance with the Investment Advisers Act of 1940. Registration does not imply a certain level of skill or training. 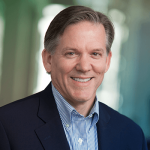 Markets in Motion: Looking Ahead to 2023

First off … thank you! The year is almost over and we are grateful to all our Advisors, Fiduciaries, Brokers, and Partners who trust us with your business. We love being able to do this every day and look forward to the future.

Trick or Treat? Fed Not Ready to Pivot

In our last Markets in Motion, we discussed that the Fed is unlikely to pivot from their aggressive monetary tightening. Since then, Fed...

Markets in Motion – A Game of Chicken: Who Blinks First?

After a strong rally since the beginning of summer, stocks began to retreat after the S&P 500 rejected its 200-day moving average last week. The focus has returned to the macro backdrop, with a series of weak activity readings across the global economy. US housing data remains extremely weak with mortgage rates moving up again, mortgage applications falling, and other metrics continuing to miss. To add to that, July inflation came in lower than expected and decelerated.

You are about to leave DonoghueForlines.com and be directed to the Donoghue Forlines ETF website.

You are about to leave DonoghueForlines.com and be directed to the Donoghue Forlines Funds website.